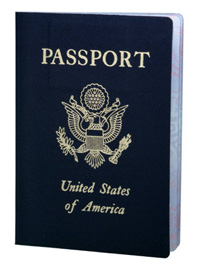 We have all of the specifications that you will need for your passport photos, visa photos and citizenship photos.

We can print passport photos in any size for every country.

How many passport photos are required to be submitted with the passport application?

Two (2) identical photos must be submitted with the passport application.

How many photographs are required to be submitted with the visa application?

One (1) photograph of the visa applicant must be submitted with each visa application (following the instructions in this Photography Guide).

What type of paper are the photographs to be printed on?

The photos should be printed on thin photo-quality paper.

Do the photos have to be in color?

Yes, the photos to must be in color.

How recent must the photos be?

The photos must be no older than 6 months.

How big must the photos be?

The photos must measure exactly 2 inches by 2 inches.

What pose should the photos show?

The photo should show a clear, front view, full face of the customer. The customer should be in normal street attire, without hat or dark glasses against a plain white or off-white background. The customer’s expression should be natural, with both eyes open, looking directly ahead. Normal, unexaggerated smiles are acceptable, but unusual expressions and squinting are not. Photos in which the face of the person being photographed is not in focus will not be accepted.

How big should the head be in the photo?

The customer”s head, measured from the bottom of the chin to the top of the hair, should be between 1 inch and 1-3/8 inches. The head should be centered in the photo. The head of the person being photographed should not be tilted up, down or to the side. It should cover about 50% of the area of the photo.

Can hats or religious headgear be worn for the photo?

Can eyeglasses be worn for the photo?

Eyeglasses worn on a daily basis can be worn for the photo. However, there should be no reflections from the eyeglasses that obscures the eyes.

Can sunglasses or tinted glasses be worn?

Dark glasses or nonprescription glasses with tinted lenses are not acceptable unless you need them for medical reasons. A medical certificate may be required.

Can work uniforms be worn for the photo?

Uniforms, clothing that looks like a uniform, and camouflage attire should not be worn in photographs except in the case of religious attire that is worn daily. Otherwise, normal street attire should be worn.

Can a parent or guardian appear in the photo of a minor child?

No, the minor child must be the only subject in the photo. Nothing used to support the minor child, whether by mechanical or human means, should be in the camera”s frame.

Are photos that are copied from recent driver licenses or other official documents acceptable?

No, only original photographs are acceptable. Copied or digitally scanned photos of photos will not be accepted. In addition, photos must not be retouched to alter the customer”s appearance in any way.

Are snapshots, magazine photos, or photos from vending machine acceptable?

No, snapshots, magazine photos, most vending machine prints, or full-length photographs are not acceptable.

May photos be taken with a digital camera?

If the digital camera has sufficient resolution — capable of capturing and storing images with 1 million pixels (megapixels) or more — it can be used to take the photos. However, printing of digital images is best done by professional photography processing labs because many off-the-shelf digital printers cannot achieve the image-quality required for passport and visa photographs. In any case, the image-quality criteria, described on this website, must be met in the submitted conventional film photo and/or the digital image printed photo.

Passports of the European Union

From Wikipedia, the free encyclopedia

Since 1980s, the European Union member states have started to harmonise the following aspects of the designs of their passports:[1]

Information on the cover, in this order, in the language(s) of the issuing state:

* Name of the issuing state (similar typeface as “European Union”)

* Emblem of the state

Information on the first page, in some of the official languages of the European Union:

* Serial number (may also be repeated on the other pages)

Information on the (possibly laminated) identification page, in the languages of the issuing state plus English and French, accompanied by numbers that refer to an index that lists the meaning of these fields in all official EU languages:

Optional information on the following page (not available on all EU passports):

13. Colour of eyes 14. Extension of the passport

15. Name at birth (if now using married name or have legally changed names)

Although member states issue their own passports, the EU countries in the Schengen area have a common visa policy. The EU is also working to achieve visa mutuality, respective to all member states. For example, today all EU passport holders are allowed to visit Mexico under the same conditions.

The European Commission has dealt with the question of mutuality of the abolishment of visa requirements towards third countries on the highest political level. Currently there are three countries with which mutuality has yet to be achieved : Brazil, Canada and the United States [5] With respect to the U.S. it suggests to examine the effects of new legislation enacted there, but reserves itself “the right to propose retaliatory measures”.[6]

All European Union citizens may visit the following countries without previous visa arrangements:

* Saint Vincent and the Grenadines

* show natural skin tones and have appropriate brightness and contrast, no flash reflections and no red eye

* show you with a neutral expression and mouth closed

* have a plain, lightcoloured background (e.g. white, cream or

* show you looking directly at the camera

* show you with no hair across your eyes

* show both edges of your face clearly

* not show you looking over one shoulder (portrait style) or with

* photograph cannot be manipulated, for example, by removing spots or softening lines.

If you usually wear glasses, you do not have to wear them for your passport photograph, but

if you do they must show your eyes clearly:

* no flash reflection off the lenses

* frames should not cover any part of your eyes

* lighter framed glasses are preferable if you have them.

Photos of children and babies should:

* show the child or baby awake, looking straight at the camera with mouth closed and no pacifier

* show the child or baby without any hair across the eyes.

Did you added your own Google API key? Look at the help.

Check in YouTube if the id UCGlaAINLHoKm-EjGdHOonTw belongs to a . Check the FAQ of the plugin or send error messages to support.